The United States Sentencing Commission just finished an extensive study on the effects of Mandatory Minimum sentences in federal sentencing which it has just sent to the U.S. Congress.
You'll find some excellent recommendations that Congress should immediately adopt such as reducing Mandatory Minimum sentences, giving Judges more discretion in sentencing, reducing Prosecutorial power, enlarging the safety valve for more than just first time offenders, making the guidelines fairer and reducing demographic and racial disparity in sentencing - all of which would provide your Federal Criminal Trial Attorney with some reason to believe that sentencing under the Federal Guidelines really could become fair and impartial.
Below is a brief summary from Amy Baron Evans (many thanks) of Chapter 12 (the Recommendations). You can access the entire study from the link below.
Drugs ·         “Commission analysis indicates that the quantity of drugs involved in an offense is not as closely related to the offender’s function in the offense as perhaps Congress expected.”  “[O]ffenders who performed lower-level functions such as Couriers and Mules also were convicted of drug offenses carrying a mandatory minimum penalty in a significant proportion of their cases (49.6% and 43.1%, respectively). For every function, the quantity of drugs involved in the offense on average resulted in a median base offense level that included or exceeded the five-year mandatory minimum penalty.”  But, USSC suggests, safety valve and role adjustments correct for the problem on average.

·         Criminal history in drug cases – the “cumulative impacts”
of 851, the CH score, and the unavailability of safety valve relief “can result in disproportionate and excessively severe sentences in certain cases.”

Stacking 924(c)s “results in excessively severe and unjust sentences in
some cases.”  Average sent5ence was 351 months!  “There are some circumstances where such a long sentence may be appropriate (e.g., in the eight cases in fiscal year 2010 in which the offender’s primary guideline was §2A1.1, which covers first degree murder), but there are other circumstances in which the offender received such a long sentence even though the offense did not involve any physical harm or threat of physical harm to a person.”
Mandatory Minimum Sentencing | Drug War Facts

ACCA:  Applied inconsistently in part because whether an offense is a
“violent felony” or “serious drug offense” depends on the stat max in the convicting state (one year or 10 years, respectively).  “As a result, the Armed Career Criminal Act’s mandatory minimum penalty can apply to offenders who served no or minimal terms of imprisonment for their predicate offenses, further increasing the potential for inconsistent application insofar as the penalty may be viewed as excessively severe in those cases.” Recommendations:
·         Reduce the penalties for 924(c)s, especially stacked 924 (c)s
·         Make 924(c) a true “recidivist” statute by limiting to prior convictions
·         Give the court limited discretion to impose consecutive sentences for multiple 924(c)s as in 1028A

USSC will study further and make recommendations later, but “preliminary
review of the available sentencing data suggests that the mandatory minimum penalties for certain child pornography offenses and the resulting guidelines sentencing ranges may be excessively severe and as a result are being applied inconsistently.”  The data is non-gov sponsored variances, gov-sponsored variances, and failure to charge the mand min in 53% of cases where it’s available.
Congressional Record: Proceedings ... - Google Books

USSC likes this better than other MMs because (1) the two-year consecutive
penalty is relatively short, (2) the court has discretion to impose sentences for multiple violations concurrently, (3) there is no stacking provision, and (4) it does not depend on CH or weapons, which creates demographic disparity under other MMs.  There is inter-district disparity in the use of 1028A but this may be because it’s new, and in any event, the punishment is relatively short.
Features - Identity Theft: Outline of Federal Statutes and Bibliography of Select Resources | LLRX.com

This recent painting depicts a beaming French Poodle who sits centre stage as the wise Judge at Court. That's an adoring bailiff at the judge's left paw staring at the Judge with appropriate admiration and respect.  I'm the bright black Labrador to the Judge's right with an Important Brief that I've dipped in beef broth in hopes of the Judge devouring my every word.
Posted by Unknown at Friday, November 04, 2011 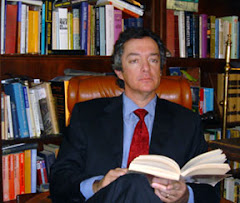 Views for this Legal Guide :

Robert's Criminal Law Guide has been viewed over 300,000 times by people seeking immediate help for their criminal law problems. Many of those people happen to be attorneys.

They rely on Robert Hambrick's absolute dedication to his clients, his expert experience and his judgment not only as a defense lawyer but as a former prosecutor to give reliable, honest, effective and trustworthy advice based on the best solutions available to wage a winning fight against Florida's state and federal criminal justice systems.

If you or someone you love is facing an investigation, an arrest, a grand jury hearing, an indictment, a jury trial or any federal or state criminal violation Robert can help and he's available every hour of every day, seven days a week. 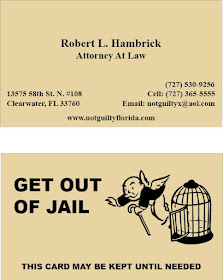 We've looked at methods to stop the grand jury process , establishing there's been grand jury abuse and how to make direct challenge...